Connecting Roots is a U.S. non-profit organization whose goal is to reunite adoptees with their biological Chilean families. We donate MyHeritage DNA testing kits at no cost to confirm genetic matches between Chile-born adoptees and their families. We are dedicated to collaborating with partner non-profit organizations to raise awareness and help those affected by the 1980’s kidnapping operation that occurred during the Pinochet regime.

We value truth and honesty in the search to unite mothers and their children.

We value compassion in all our endeavors, understanding the emotional gravity of the search process.

We value the protection of human rights throughout our journey.

We value the courage it takes for those searching and those assisting in the search as they embark on the journey to connect to their roots.

Read about how Connecting Roots got started

Born in Temuco, Chile in the 1980s, Graf was adopted as a newborn by a loving American family from Minnesota. He had a wonderful childhood, and his family was always open with him about his adoption and Chilean roots. He occasionally wondered about his birth family, but never questioned his adoptive family's bond.

Today, Graf lives in the Houston area and is happily married with a son of his own. He has served as a firefighter for the Houston Fire Department since 2009. In 2012, destiny gave him an opportunity to connect to his Chilean roots. During a week-long specialized training session offered by the department to foreign firefighters, Graf met members of the Fire Engine 20 Department of Santiago, Chile. He was excited to meet the team and assist as they trained in techniques to combat high-rise fires. As Graf became acquainted with one Chilean fireman, Juan Luis, he shared what he knew about his adoption.

When Juan Luis returned to Santiago, he began searching for resources to help Graf learn more about his adoption. As time passed, however, it seemed as though the search had come up empty handed. Then, nearly 10 years later, Graf received a message from Juan Luis. The humanitarian non-profit organization, Hijos e Madres del Silencio, had located documents that linked Graf with his potential birth mother. After submitting additional adoption documents and DNA testing to confirm he and his mother's relation, the match was verified.

Graf learned that during the 1980s, while Chile was under the dictatorship of Augusto Pinochet (1973-1990), numerous human rights violations occurred. Masses of Chileans mysteriously disappeared; among these, an estimated 20,000 infants were stolen from their mothers, mostly from poverty-stricken areas. The children were then set up for adoption abroad. Temuco, where Graf had been born, had been an epicenter of the trafficking operation. His birth mother's story matches that of others of the time's she was told she must deliver by C-section, and when she came out of the anesthesia, she was informed her baby had not survived. The medical team claimed it would be too disturbing to see the infant, and she was quickly discharged. In truth, Graf was on his way to adoption.

As Graf's story circulated, he was contacted by local and international media who wanted to cover his story. They arranged for Graf to meet his mother and members of his biological family in the U.S. Today, he has the missing pieces of his past, including three biological sisters.

Knowing there are other Chilean adoptees within his age group who may have encountered the same fate, Graf founded Connecting Roots. His mission is to raise awareness of the 1980s trafficking scheme, to partner with non-profits like Hijos Y Madres Del Silencio (HMS) and Nos Buscamos, and offer free kits to accelerate DNA matching. He believes time is of the essence for each new search, as the process is lengthy and many of the mothers are now entering their elder years.

Tyler Graf continues to proudly serve the Houston Fire Department as he spearheads the mission of Connecting Roots.

With family and friends, he hopes the mission of the organization flourishes to unite as many Chilean families as possible.

Help Join The Search With Your Donation

Connecting Roots asks for your donation to help bring together, those that were torn apart.

Connecting Roots has partnered up with the following companies to join the search. Be sure to contact one of our team members find out how we can help.

Whether you learn best by reading, writing, speaking, seeing or listening, Babbel is built to bolster your language knowledge by teaching you in a way that is best for you. From app lessons to live online classes to games, videos, podcasts and more, with Babbel you’ll do more than learn to speak a language. You’ll start to truly understand every aspect of it. Because language is more than just words - it’s culture, history, people, places. Start learning with Babbel, and who knows where you’ll end up. 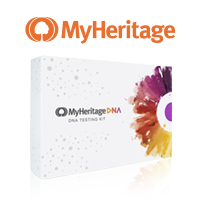 MyHeritage is the leading global discovery platform for exploring family history. With billions of historical records and family tree profiles, and with sophisticated matching technologies that work across all its assets, MyHeritage allows users to discover their past and empower their future. MyHeritage DNA is one of the world's largest consumer DNA databases.

Connecting Roots has supporters! If you would like to be a supporter in helping to join the search, be sure to contact one of our team members find out how you can help.

Opus Ocean Grille, located in Clear Lake Shores, serves a modern twist on traditional seafood cuisine. We can’t wait to have you visit! 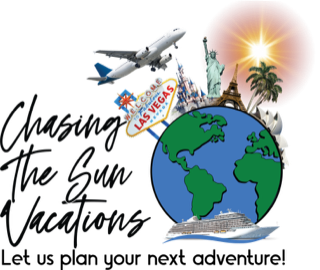 Our Commitment to making your travel experience the best imagineable, means that we work hard to help you. 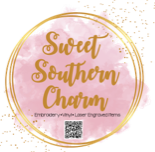 If you can dream it, I can make it! Embroidered shirts, tutus, bows, and vinyl accessories.

Meet the team helping to join the search 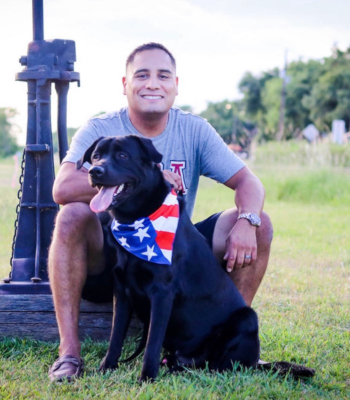 President and CEO of Connecting Roots


Did you miss his story? Check out The Story. 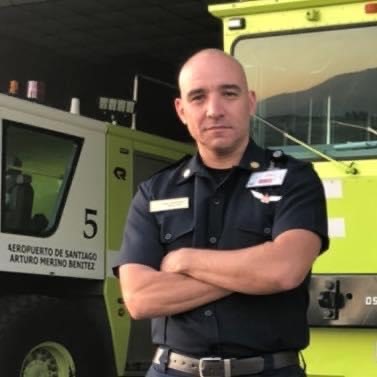 
Juan Luis Insunza Fernández was born in Rosario, Argentina, but arrived in Santiago in his mother's arms at eight months of age. He grew up in a loving family and, together with a brother six years younger, inherited the self-sacrificing and methodical dedication of his mother, and the energetic and obstinate passion of his father. He joined the Youth Brigade of the 20th Santiago Fire Company while still a child and here he learned about the search for perfection as a path to good works and a vocation for service. With these values, Juan Luis became a professional journalist and firefighter, highlighting his work as an academic and a constant communicator of safety issues. As fate would have it, he played a key role in Tyler's reunion with his biological mother, which, together with his high sense of responsibility, led him to take on the mission of continuing to help other adoptees find their biological families. “I cannot stand idly by when I see the terrifying action of separating a newborn from its mother's arms. If today we can do something to repair so much pain, I am not capable of looking the other way... we have to do it," he said upon taking office as vice president of the Foundation. 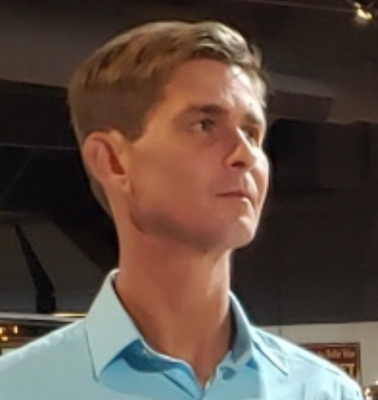 BoD, Treasurer and Director of Logistics


Jonathan is an enthusiastic operations manager eager to contribute to the success in reuniting Chilean families. With 15 years of experience in logistics management, supply chain management and inventory management, Jonathan strives for continuous improvement. He has been recognized multiple times by senior leadership for outstanding contributions/production. 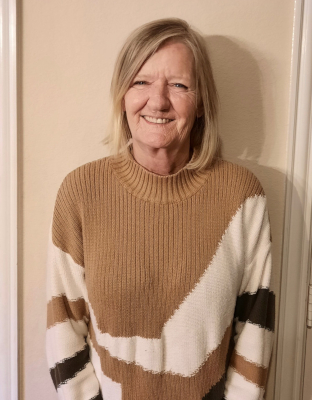 
Patricia Nilson resides in LaPorte, Texas. She believes the most important things in life are faith in God and connection to family. Her dedication to the mission of Connecting Roots began as she learned Tyler Graf's story to find his biological family and ultimately reunite with his birth mother. A mother herself, Nilson empathized with Graf's mother and the grief she must have faced. Nilson suffered her own grief recently after losing her husband, a detective and overseer of Homeland Security task force, to cancer - she felt dedicating herself to the mission of Connecting Roots was a meaningful way to honor his memory. She feels it is a calling to support the foundation: "It was truly a miracle from God that Graf and his mother were reunited. There are many more mothers in Chile that lost their children this way. So many of these mothers are now in their mid- to late-seventies; we have to help now before it is too late." 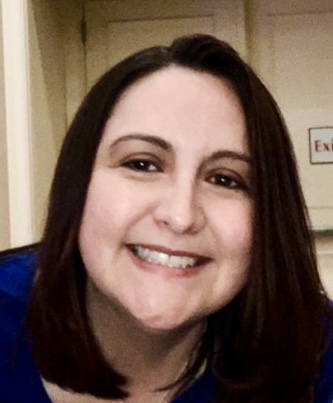 
Cristina was adopted from Chile in 1980 when she was 3 months old. She grew up in a loving home in the Bronx, New York with her adopted parents. She knew that she was adopted at a young age and as she grew into an adult she knew that she wanted to discover her heritage and one day visit the country of her birth. One Monday morning in April 2022, she saw a story on Good Morning America that would change her life. It was then that she learned of Tyler Graf’s story and that she could possibly be one of the 20,000 Chilean children stolen from their mother at birth. During the course of that week she connected with Tyler at Connecting Roots and along with help from Nos Buscamos, found her birth mother and was reunited with her and her siblings over video call. The entire experience changed her life and she has made it a goal to give back in whatever way she can. With an extensive career as an Administrative Assistant she is lending her technical and organizational skills to Connecting Roots to move its mission forward and assist with the process of reuniting Chilean mothers and adoptees. 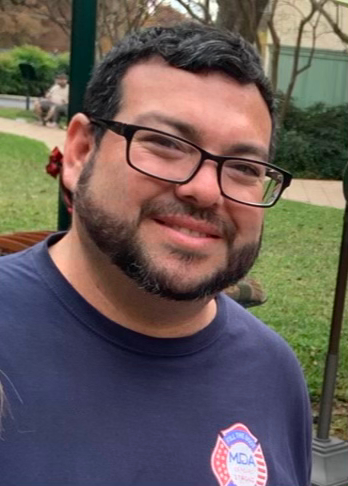 
David Avary was born in Santiago, Chile. When he was 14 months old he was adopted by two loving parents Mary Van Der Loop and Bob Avary. He grew up in Odessa, Texas while also spending some time in Katy, Texas. He was raised along with younger brother Steven and younger sister, Rosellen who were adopted from Honduras. From an early age he was taught the value of service to others. Since 2003 he has been a member of the South Ector County Volunteer Fire department, to which he is now the Assistant Chief/EMR. Also, he is the store manager at one of his brothers, Bill Avary’s store, West Texas Windshields. He is a father of two young men, Trent and Jacob. David’s adoptive parents have always been open with him about his adoption but knew very little about his birth or time in Chile. In May of 2022 David’s adoptive mother saw the ABC Nightline program “Chile’s Stolen Children.” She then reached out to Tyler Graf by sending a letter to the Houston Fire Department. David and Tyler eventually created a bond over their similar life experiences. With the help of Tyler Graf and his organization, Connecting Roots, David was able to meet via zoom, his biological mother Teresa and the rest of his family in December of 2022. He’s continued to be in constant contact with his family in Chile. He hopes by joining the organization he will be able to help other fellow adoptee’s reunite with their loved ones and feel the joy from reconnecting. 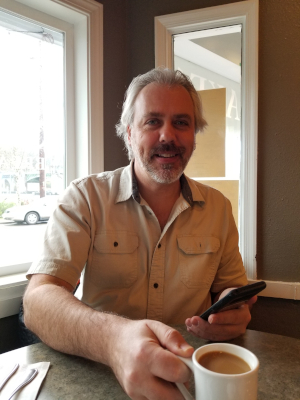 
Shawn is a Navy veteran and former NASA contract worker with extensive knowledge in many of todays technology fields, he now is working on SCADA projects. Having known Tyler for many years, he was sought out for his ability to help Tyler get Connecting Roots online and to put the word out that help is available for those needing it to find out about their past. Shawn was eager to accept the challenge and is constantly providing new updates when needed to the site and services and other technology applications that Connecting Roots requires.

Let us help you join your search

Wish to donate and Join the Search? Visit our Donation page.